A downloadable game for Windows

The unknown is terrifying until conquered!

Spacemen is an independent multi-platform space exploration game, based in a procedural persistent universe, with modable content, explorable seamlessly in single-player or multi-player modes.

Your imagination is the limit!

Spacemen, as it is now, is a sand-box 4X game placed in a procedural persistent universe. This means that in the beginning there are no sectors generated in the universe. First time the player attempts to explore one nearby sector, this will be randomly generated if not previously visited. When a new sector is generated, firstly the sun type is randomly decided and based on the sun size and gravity, there are a number of planets added. The planet type is decided based on the distance to the sun. If the planet is in the habitable zone of the sun, the new planet may contain an ocean and may sustain life. The aspect of the planets and resources are decided, again, procedural based on the type (template) of the planet. Of course the sector is persistent, so next time the player visits it, it will be the same. Gravity of the planets and sun, as well as the temperature of the atmosphere (if present) are also calculated procedural. Depending on nearby sectors, the new generated sector can be populated by a known or a new faction. If a faction is generated, the new faction will also be random, following faction templates. These templates decide the faction focus: social, economic, military and science. Also, the artistic style of the faction is decided based on the template. Inside each faction, driven by its own AI, stations and buildings are built, population grows or dies, pilots trade or fight. Even mercenaries and missions are available for the player and you guessed it, it's procedural. This is the way that Spacemen generates unique sectors, planets, suns, factions each time and this will ensure the diversity of each game.

Each sector, once it has been generated, will persist in time, meaning it will contain the same sun, planets, nebula and asteroids each time is visited. If the sector is populated, the AI controlled factions will develop, create stations and buildings, deploy carriers and of course spaceships will trade and fight depending on resources and political situation. The activity in the sector is also simulated, triggered by each visit. Economic, military, social and science developments will occur even if there are no players in the sector. Those changes will also persist in time. War of course can lead to buildings, stations and capital ships to be destroyed so the scenery in a given sector will change in time. All actions in the universe, military or development, will have permanent effects so if the player chooses to help or fight a certain faction or even expand in a faction territory, those chain effects will be also permanent and will affect the player standing. Please note that all the content, pre-generated or not is modable, via a simple text editor or the built-in editor.

All the parameters used for those generating algorithms can be changed. But not only that, all the content inside the game is scripted in text format, easy to understand and to modify. The content can be pre-generated like planet templates, faction templates or procedural generated like NPC pilots, ship types, ship components, weapons, sectors with suns, planets, asteroids and so on. No matter if it is pre-generated or not, this content is saved for persistence on your hard-disk and available for change through a simple text editor or trough the built-in editor. Additionally there are two more graphic editors. (1) The model editor, which allows the player to add/modify assets like ships, stations and buildings and also to change hard-points (mounts) position, number, model textures and so on. (2) The sector editor allows changes of sector components, both solar (sun, planets) and scene (stations, buildings). This allows each player or sever host to change the way the universe is generated or even to create pre-generated universes to match any theme. All you need is to create the assets and script the universe. Your imagination is the limit and your journey will be seamless!

The universe itself is vast and has virtually no limit, but this is not all. One interesting feature of Spacemen is that it has no loading screens, no inside or separate cells. When you are docked with a station you can actually see the surroundings in real time, rotate your view and scout before undocking. Same goes for carriers, but even more, these having their own AI that is dictating the behavior, you can dock in one area of the sector and undock in a completely other one. Landing any planet is possible and the transition from space to the planet surface is seamless. No "please wait", no un-natural change in scenery, just the glowing-hot hull of your ship if you enter the atmosphere too fast! Even deeper, liquid oceans are accessible so you can go from the desert moon to the bottom of the ocean in one go. The only moment when you have a sudden change in the scenery is when you use the jump gates, but I think you can settle with that.

I don't know if anyone is having the same problem but I'm having trouble here: ships, stations and everything else but planets are completely dark, black.

How can I solve it?

Hi, make sure you read the requirements: https://spacemen.ro/faq/40-requirements

maybe some ideas there will help you fix the problem.

hey i have the same problem! but game does look great!

Hey! I think I just replied you on the forum, if not, please open a new thread in troubleshooting section: https://spacemen.ro/kunena/troubleshooting

It looks pretty cool, but I cant actually play it. The game launches to the main menu, but when I go to actually start it, it crashes

Hey! You can open a new thread here: spacemen.ro/forum and if you can give me more details like versions, hardware specs, we can find a solution together if possible. Or you can contact me directly at florin at spacemen dot ro. 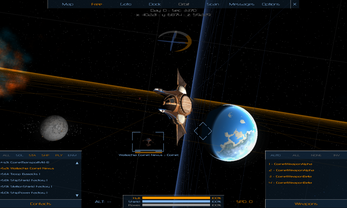 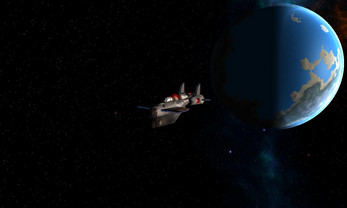 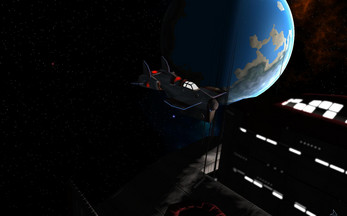 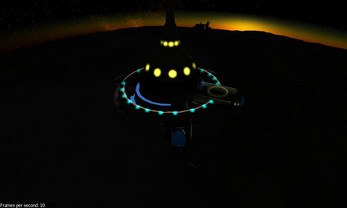 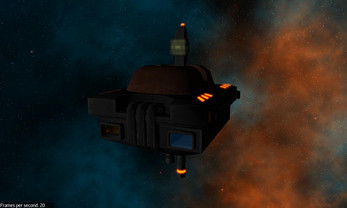 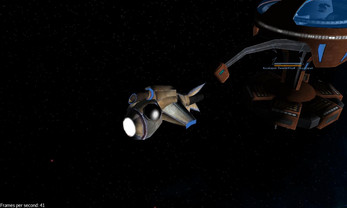 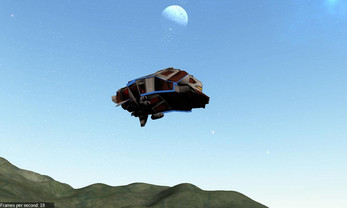 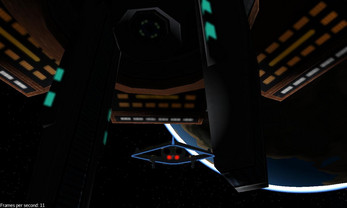 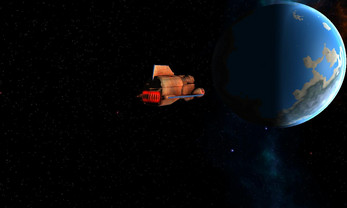 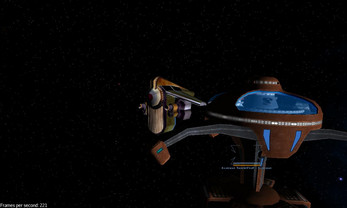 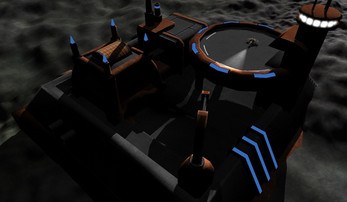 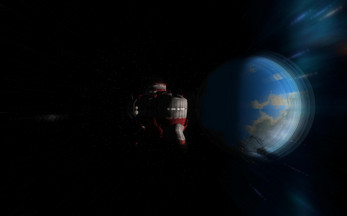 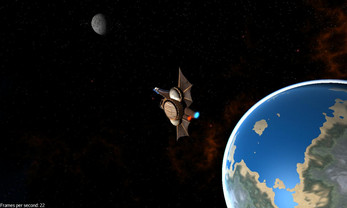 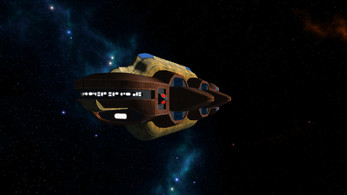 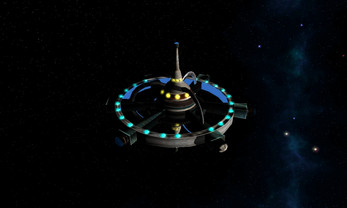 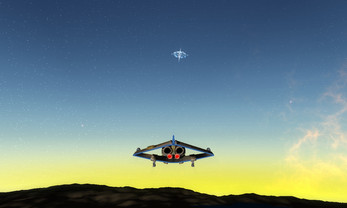 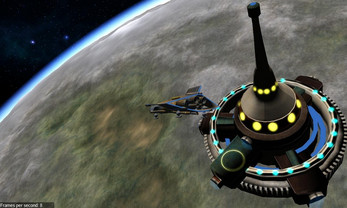 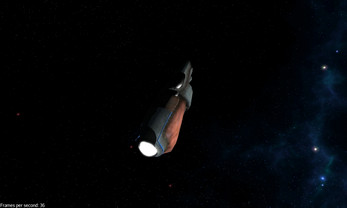 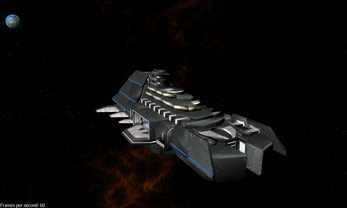 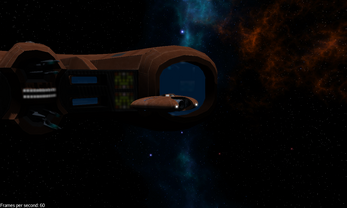 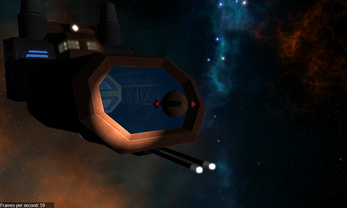 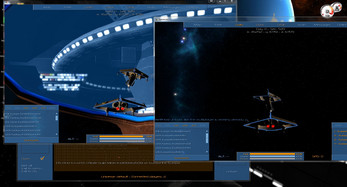